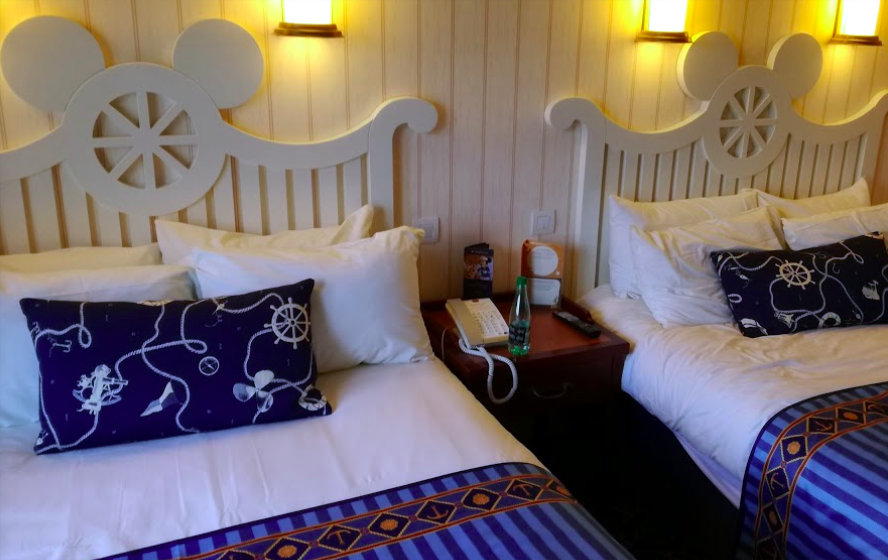 Disney’s Hotel Newport Bay Club is a tourist attraction itself with such an amazing and pleasing environment around the location with Disney Extra Magic also available depending on the date of your visit. The Hotel is just a 15 minute walk from the Disney Parks. And for those who prefer a peaceful and comfy ride to the Parks, the free shuttle bus service is also available and it will take only 8 minutes. In this article you will know about the transport methods from Charles De Gaulle airport to Newport Bay club hotel

People who come to Disneyland Paris choose their airport to be Charles De Gaulle due to many reasons. Maybe it’s because of the location of the airport. Or it may even be the facilities of the airport. The CDG is comparatively the busiest airport in France as well.

If you are travelling from Charles De Gaulle to Newport Bay Club, there are several ways you might want to consider.

It is highly advised that you consider the advantages and disadvantages of each of these methods in order to make a better decision than others.

It has occurred to us that this is the best method to get from CDG to Hotel Newport Bay Club. The main pro is that these services are mostly available 24 hours of the day and most of them can be pre-booked as well, which is very convenient than waiting to catch a bus or a train on arrival.

Also there are no additional stops along the way unless you want. These taxis and private shuttles will take you straight from the airport to your hotel. Taxis are always more suitable for small families and couples. And private shuttles are really ideal for larger families and friend groups.
However, with Piyocab, the number of passengers does not matter because we are driving vans instead of small cars for the same price.

The most promising aspect is the fact that you have the whole vehicle to yourself unlike the public transport. The cost is also reasonable in most cases and is charged depending on the number of passengers and not per person. It normally costs from $60 to upper. The drivers are experienced in this field and are equipped with language skills as well.

Use the below calculator to get taxi fares

The only one con is

This might be the second best option available. The drawback is that you won’t be having the whole vehicle to yourself as in a taxi or a private shuttle. You will also have to bear with other passengers getting on and off the vehicle along the route.

The journey will take a longer, one and half hours or more. We can’t tell the exact time because it depends on the passengers.  Also shared shuttles charge per person in most cases. The average will be around $23 for an adult and $10 for a small kid.

These are the pros of getting a shared shuttle

Taking the bus from CDG to Disney’s Hotel Newport Bay Club will take about 1 hour and 20 minutes. Sometimes, there is no guarantee of a direct bus. It may differ on the time of your arrival. Generally early in the morning (before 9 AM) and at night (after 8 PM) no direct buses available from CDG to Newport bay club.

The bus ride will cost around $22 per person. So, you might also want to look at the total ticket price you will be paying for the ride on behalf of your whole group. This is a cheaper option as it seems but it may vary highly depending on the number of travelers in your group.

The problem is that, since the bus is a public transportation mode, there will be a lot of stuff which you might have to bear with. People will be getting into and off the bus at certain bus stops, you will have to carry your luggage to and from the bus and load and unload the luggage several times because there might be bus changes. So, it is better if you keep this choice aside and look at the other options as well.

Pro of taking the bus is

There are many cons

But the traditional problems are still there. First of all, you need to get from the terminal to the RER station. Then catch the RER B and later connect to RER A at Chatelet Les Halles to take the train to Marne-la Vallee. The trains are available every 15 minutes or so. It will cost about $7 – $10 depending on the age, per person. There are direct trains as well. But it depends on the time of your arrival. If you have to make a change in between it will be cumbersome with a large group of people, small kids and lots of luggage to carry.

You might also have to walk from the station to the hotel or catch the free shuttle bus. So, this option also seems like a bit of a setback.

Pro of taking the train is

After our research and careful analysis, we would like to recommend you the taxi and private shuttle as the best option available. But you can choose according to your personal preferences between all four (bus, train, taxi/private shuttle, shared shuttle). We advise you that you consider aspects such as price, time, availability and most crucially, your comfort since you are coming on a vacation.

Have a happy and safe journey!